The 2012 rafting season is here and guide training has started. We have a great group of people that started their training on Saturday the 31st of March. Arriving at 9:00 on Saturday morning, they looked on as Joel and Jeremy gave them a tour of the facilities and explained what was expected of them as guides. Later they were on the water as a part of our trip for the day and were shown the river from a guest's point of view. 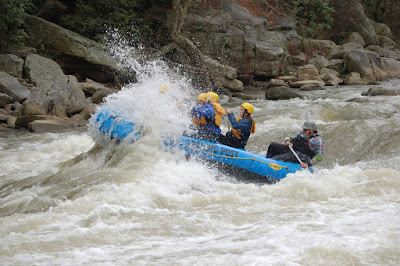 As they returned Sunday, they were all excited to get back on the water, despite the cold water temperatures. Jeremy, our general manager, and a few of our returning guides split them into smaller groups for the second day and took them down on their first run in smaller 4-man rafts. During this run, the trainees stopped and looked at a few of the major rapids on the Lower Yough such as Cucumber Rapid, Dimple Rapid, and River's End Rapid. 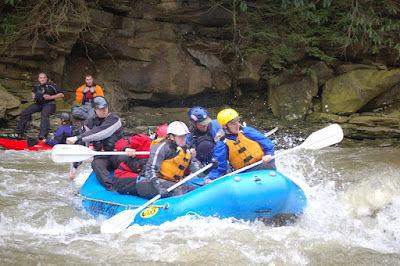 Later in the day, they returned to the river. This time, however, they were captaining their own rafts as the more experienced guides paddled along showing them the lines. At the end of day two, the trainees look tired but excited for a great season on the Youghiogheny! 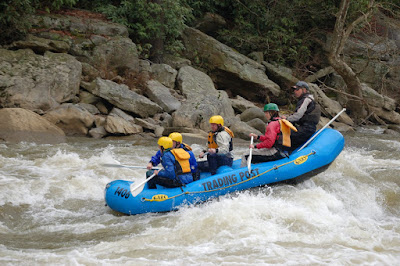 With this blog OTP would like to introduce ourselves as the premier outfitter on the Yoghiogheny river in South Western Pennsylvania. We have been around for 24 years and love what we do. Showing people a memorable time on the river is our goal. We have new blue boats, white water athletes and great appreciation for white water. Our staff is equipped with the most modern river gear and education such as rafts with foot stirrups, inflatable self bailing floors, current first aid, CPR and even Swift Water Rescue certifications. Making sure you have a great time on the river is our goal.
Thanks from the Staff and hope to see you on the river.
http://www.ohiopyletradingpost.com

Fully Guided on the Lower Yough

We put a guide in your boat.

We drive the trip you captain the raft.

Safety boater goes along with rafts on every trip

Learn from fundamentals from experienced kayakers

Great Trout and Small Mouth Fishing on the Youghiogheny River

Bike Rentals for the Allegheny Trail